Hazara Motorway is also called M-15 is a 180 km (112 miles) long 6 lane till Haripur, 4 Lane till Mansehra, and then 2 lanes till Thakot. The Hazara Motorway project consists of 7 projects that were finally inaugurated in July 2020. The motorway starts from Thakot (north) in Hazara Division in Khyber Pakhtunkhwa and ends at Burhan Interchange (at M1) near Hasan Abdal in Punjab Pakistan. 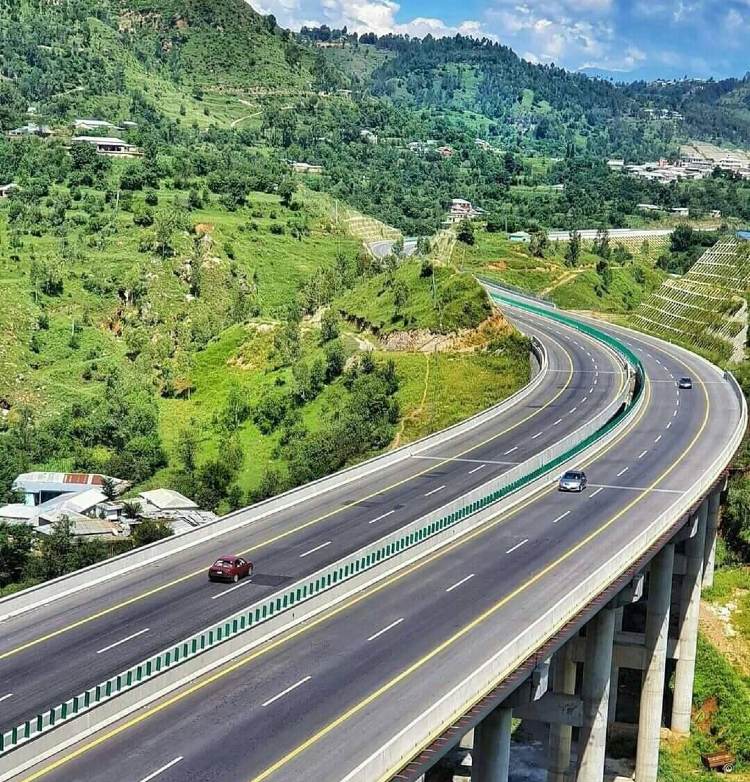 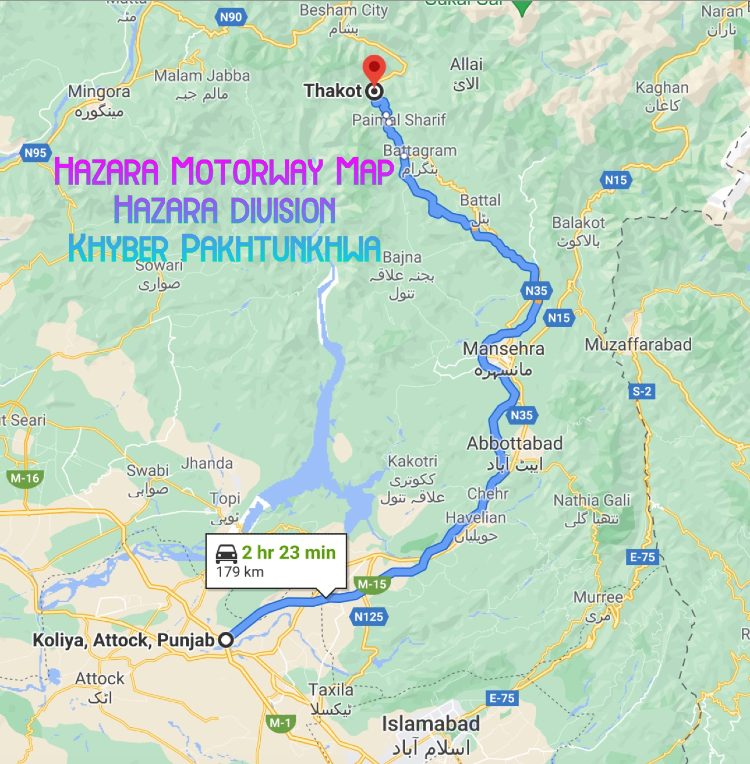