Naran and Kaghan are tourist destinations located in the Mansehra district of Khyber Pakhtunkhwa province of Pakistan. The phrase “Naran Kaghan” is actually a combination of two words, originally derived from Naran Valley and Kaghan Valley that are adjacent to each other. Geographically, Naran is a tourist town situated inside the greater Kaghan Valley at an altitude of 2,409 meters (7,904 ft). It is located at a distance of approximately 23 kilometers (14.3 miles) further towards the north from the mainland of Kaghan Valley. Kaghan itself is located 99 km (61.6 miles) from Mansehra city at an elevation ranging between 650m (2,134 ft) and 4,170 m (13,690 ft). 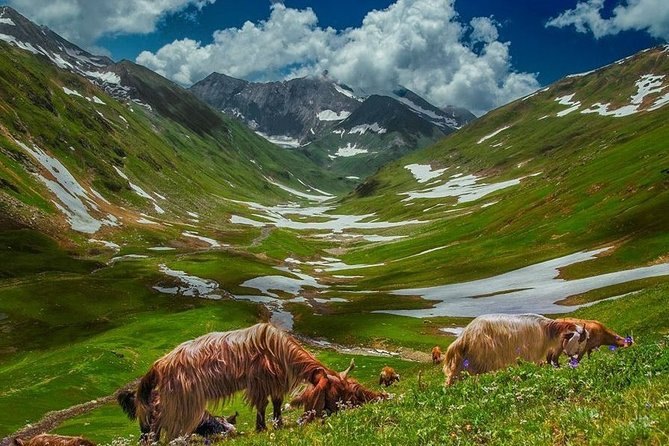 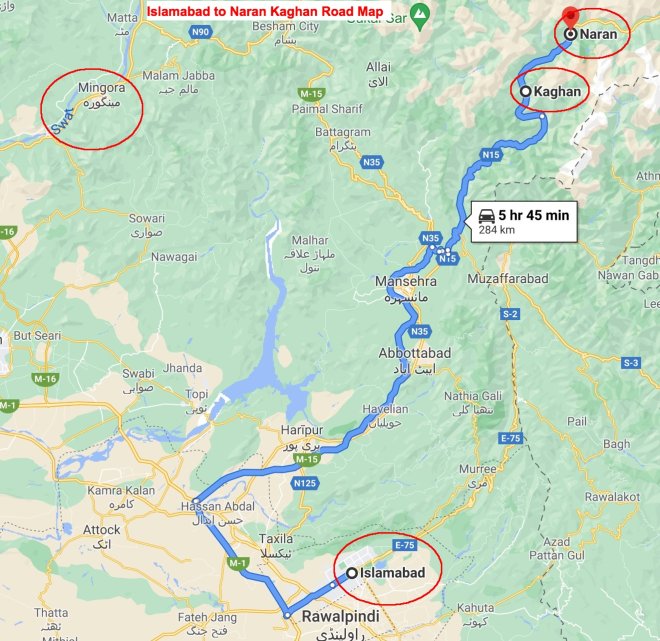 This distance mostly travels through high-speed motorway(s) with basic road/service facilities throughout from Islamabad to Kaghan which makes the travel time relatively safe and joyful. 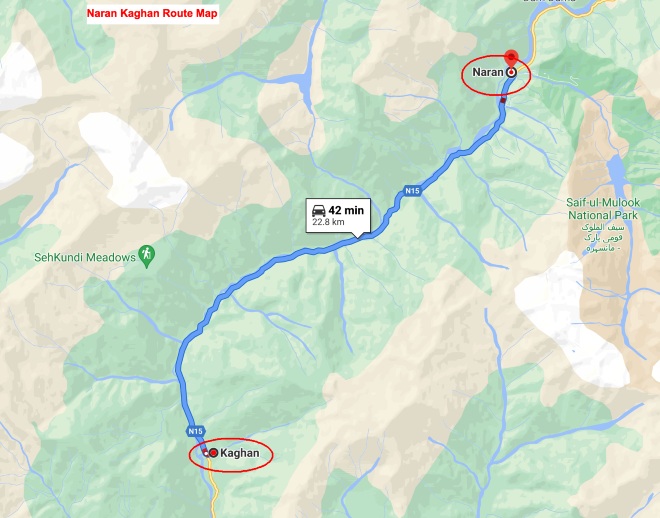 When traveling to Naran Kaghan in busy holidays and touring seasons (both winter and summer) these travel times can vary. You might need to consider allowing extra time if you are traveling during busy hours of the day or traveling in rough weather conditions.

Apart from the other standard services and rest places on the M1 and M15 Motorways, The following major towns, and cities could be appropriate places for dining, rest, shopping, medical help, extended or overnight stay while on your trip to Naran Kaghan.

Safety and Security in Naran / Kaghan